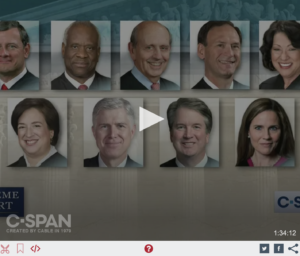 On March 31, 2021, the Supreme Court held the oral argument in National Collegiate Athletic Association v. Alston regarding the hotly contested issue of whether the amateurism system in collegiate sports violates antitrust laws. The oral argument came just days before the NCAA’s Final Four games were played.

The NCAA has long taken the position that, as students, college athletes are not entitled to financial compensation for playing college sports.  Under the NCAA’s current rules, colleges can pay for athletes’ educational expenses, room and board, as well as “modest” awards for athletic or academic achievements. But if athletes are paid for playing a sport, they become ineligible to compete in the NCAA.

In response, college athletes argue that this unpaid amateurism model violates federal antitrust law because the colleges – which would naturally be competitors in the marketplace – have all gotten together and effectively fixed salaries for college athletes at extremely low levels.

In their questions to counsel for the NCAA, several Justices used the term “exploitation” to refer to the treatment of college athletes under the amateurism system.

The Court will issue a ruling this summer. Click the above video for the full recording of the oral argument.